It's not often you'll see me do a product specific review or comment, but @JoeBaguley introduced me to a technology that has been really very useful and has no become part of my day working live in a positive way.

Both Joe & I were at a conference and started the first sessions taking notes, me on my tablet PC and Joe on his LiveScribe pen (http://www.livescribe.com/) - needless to say 4 hours later my tablet battery was flat but Joe's solution kept on going without faltering for the entire day (and the next one for that matter). During a lull in the second day (and whilst my tablet still had it's new battery life that day) I went online and ordered my own LiveScribe setup.

I'm now starting to see people use these in many meetings (@mikiSandorfi being the latest) - everybody I show it to 'gets it immediately' and wants to know costs and where to buy it from, so here's the list of LiveScribe equipment I purchased :-

So time for some Request For Enhancements (RFEs) :-


Overall? Sometimes even something so simple and basic as a pen & paper can be improved to a dramatic level that makes something so much more suitable to revised work requirements. Would I buy it again? Absolutely without thinking!
Posted by ianhf at 13:00 1 comment:

A fair while ago I spent a lot of time working & travelling with a founding partner of a serious change and programme management consultancy firm, now unlike most CONsultants I actually liked, trusted & fully respected Brad & Max and their team of ninja change consultants. This was mainly due to 4 factors :- 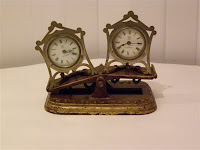 Now with all the above taken into account, naturally this team spent a lot of time travelling, in hotels and dining out - and one of the techniques used when dining out was the 'Tip-O-meter'.

In essence this worked much like a chess clock, with a starting time (in this case a figure of cash that the waiter would eventually get as a gratuity reward at the end of the meal) - then at every point people were left waiting for for staff the 'Top-O-Meter' would be set running, each delay or issue slowly debiting the reward. If the servers or place was particularly liked they would be told re the process & value in advance, but not always. Funnily enough when operating on this clear feedback & measurement system service was generally better, particularly in the places not normally expected.

So here's my thinking, it's time to bring out the 'Hype-O-Meter' - this should work on very similar principles except the value on the clock is debited by :-


And whilst the 'reward' on the clock remains there is continued ongoing business, obviously when the clock runs out of time, so does the supplier...

So if you think this makes sense I'm happy to setup and run the 'Hype-O-Meter clocks of doom' on this site - let me know? 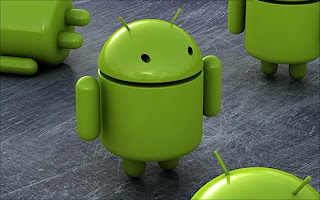 OK so I've been running Android since the day HTC released the Magic, and am now running both a Magic and a Nexus One. Having used lots of phones & mobile devices, with lots of operating systems and user interfaces I'm firmly in the 'Android is great' camp...

So I thought it might be a good idea to list a number of the applications I find useful, first a few web sites I'd recommend for people :-

Android applications that have lasted the test of time and are still installed on my daily Nexus One are as follows :-


So please let me know what Android applications or utilities you've found worthwhile :)
Posted by ianhf at 17:03 No comments:


How often is any justification, edvidence or proof given for this?
I'd go so far as to state that claims without justification aren't just unhelpful to anyone, they are downright dangerous :- 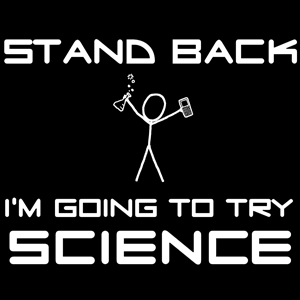 One of the better things of the evolution of humans is that in early times quacks made random & often fraudulent claims, however through scientific method we've moved into an era where claims made in that area are now fully validated before being accepted. Why does this appear to be so hard for IT technology providers?
So to be clear, if you make a claim on performance, availability, functionality, commercial benefits etc be sure to be able to justify the claim objectively with facts & evidence showing how the claim was formulated and any assumptions or prerequisites. Next you must be prepeared to share this information with exactly the same forum and audience you made the original claim to.
If you don't justify your claims expect me to a) shout loudly that you make fiction based claims, b) ignore your claims totally, c) regard your company & technology with considerable disdain...

There are words for people who make frequent claims without justification - and do you really want to have the life-span and popularity rating of a politician? If you can't, or won't, justify your claims then I'd very much prefer you don't make any...
Posted by ianhf at 14:28 No comments: